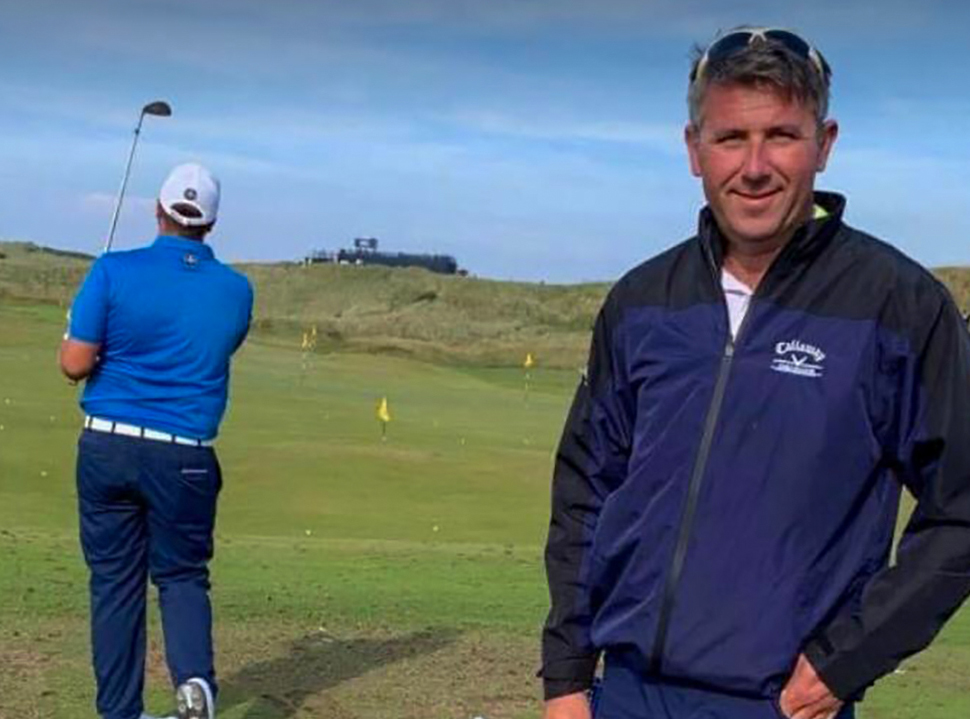 We recently announced our exciting sponsorship of European Tour Golfer, Jack Senior, and that in partnership with him, we would be raising money to support Veterans with Dogs. Our chosen charity was founded to train and provide assistance dogs to help mitigate mental health difficulties for veterans and active-duty service members of the UK Armed Forces. Alpha is making a donation for every birdie and eagle that Jack scores in each tournament of the European Tour. Since this announcement, we are delighted to announce we have already raised £730.

To learn more about Jack’s approach to playing in the European Tour, we recently spoke with his coach, Ryan Done, to find out how Jack trains, what his pre-round preparations entail and in what areas of the game he excels most.

Hi Ryan, firstly, how long have you been Jack’s coach?

I’ve known Jack since he was a 7-year old down at Heysham Golf Club, so nearly 25 years now. Since then, I’ve seen him develop into a European Tour player – we’ve worked hard together to enhance his game to where it is now.

How did you train Jack in those early days?

By engraining the key principles of a good swing, but also installing the fundamentals to ensure that Jack can cope with high pressure situations at the highest level. Golfers may think that because of his performance that Jack’s lessons are highly technical but this couldn’t be further from the truth. It’s crucial to keep in touch with the basics: the grip, aim and setup.

Talk us through the average training session with Jack, how would it go?

Like a lot of golfers, Jack needs some time to warm up as – he’ll hate me for saying this – but he’s not the most supple. In the first five to ten minutes, I expect to see some pushed shots and some moaning until he starts to loosen up. Once he’s ready, Jack hits a few wedges before moving on to some 7- or 8-irons. We then try to lengthen the swing with some 2- or 3-irons. While Jack’s doing this, I am not paying much attention to the strike or the ball’s direction, just his swing.

After around 15 minutes, it becomes ‘game on’ where I start to record Jack’s swing on video and compare his movement to our blueprint. The blueprint is Jack’s swing from his last tour win, when he was swinging at his best. By making this comparison, we can analyse and study the two swings to judge whether there are any alterations that need to be made.

With the European Tour’s tournaments taking Jack around Europe and beyond, how do you adapt to coach him when he’s away?

When I’m not able to see Jack play in-person, we have four to five drills that I fire at him over the phone and we use these to reinforce his technique. With these drills we are looking to ensure Jack is using the swing position I need him to and following our blueprint.

What advice do you have for club golfers looking to improve their game?

Never try to overcomplicate things by giving yourself too much to think about. The key is to develop a feel or a drill to enforce an important move in your swing. Once you create that ‘perfect swing’ for you, it is just a case of trying to engrain it until it feels completely natural.

Returning to Jack and his progress in the Tour, what do you think are his chances of winning? Can he do it?

If Jack is driving well and can make it into the top 10 in the driving stats, his approach shots from the fairway mean that he’s always going to make the cut and have a chance of winning.

Jack’s game is about getting the ball in the fairways as his confidence thrives on that. He is powerful but when he’s close to the green his wedge work and scrambling up-and-downs are key. It is a fact that the putter is the scoring club, and as Jack is a great putter, all he needs is some luck on the greens.