There is growing interest in the potential for hydrogen as an alternative to natural gas for heating and hot water production in homes and other buildings. Here at Alpha Heating Innovation our boilers can already be adapted to accommodate hydrogen, but we think that the path to a hydrogen-heating future requires careful planning.

The UK government has set a target for achieving national net zero carbon emissions by 2050. Heating in our homes and other buildings creates significant amount of the UK’s greenhouse gas emissions – around 30%.

As a result, decarbonising our heating system is top of the government’s agenda for reaching net zero by 2050. We must reduce our reliance on natural gas, a fossil fuel, for heating and producing hot water. Since 85% of the UK’s homes are on the gas grid, the solutions must be scalable and attractive to householders as well as business users.

In November 2020, government introduced its Ten Point Plan for a Green Industrial Revolution1. This document sets out a pathway to 2050, and highlights the main methods, funding and technologies that will be used along the way. Hydrogen is one of several options government is exploring.

We are closely monitoring how the UK is planning to apply hydrogen for heating at scale, and developing our technologies accordingly. But for clients looking to reduce their carbon footprint and enhance heating system efficiency, we have products that will deliver both reliably right now.

The potential of hydrogen

One of the main potential benefits of hydrogen is that it could be used to deliver heating and hot water in very much the same way as natural gas – using boilers.

This would mean that for householders particularly, their experience of a domestic heating system would be much the same as it is now. The Climate Change Committee (CCC), which advises government on how to reach its 2050 target, believes that consumer buy-in for low carbon heating systems is vital: “Public support and attitudes will play an important role in the shape of our future heating technologies.”2

Other alternatives to natural gas deliver space heating in a way that is largely unfamiliar to UK householders. Heat pumps, for instance, operate at lower temperatures and advice is generally to keep them switched on all the time. Heating may also be delivered via underfloor systems, rather than radiators. This is a different user experience for consumers used to gas heating and radiators which provide heat at higher temperatures at set times during the day.

Another advantage of hydrogen is that it could be delivered using the extensive gas network that already exists in the UK. One idea being tested in 2021 is to add a percentage of hydrogen as a blend to the natural gas supply (at around 20% levels). According to the Ten Point Plan, this could reduce the emissions of gas used by around 7%.

The UK’s National Transmission System (NTS) that carries our gas supply is 7,700km in length3. It is a substantial network that delivers gas to around 11 million homes and other buildings. The ability to continuing making use of that infrastructure would have significant benefits.

However, using hydrogen is not without its problems. The first is in the production phase.

There are currently two main approaches to making hydrogen at scale. One is to effectively ‘decarbonise’ fossil fuel into hydrogen and carbon dioxide (CO2) – known as gas reforming. To make the hydrogen carbon-neutral, that CO2 must be removed through carbon capture and storage (CCS).

In the Ten Point Plan, government recognises this issue and states that any use of hydrogen will have to go hand-in-hand with development of CCS technologies and facilities.

A second method is electrolysis - applying electricity to water to produce hydrogen and oxygen. This is at first sight a much ‘cleaner’ option, as long as the electricity used comes from renewable sources.

While the UK is at the forefront of using renewables (mainly wind) to produce electricity, the additional burden of using this energy to produce hydrogen for heating would be considerable. The question eventually arises: Is it easier to use the ‘green’ electricity directly for heating and hot water production?

The Climate Change Committee (CCC) recognises that hydrogen production at scale is a sticking point. It calculates that if all gas demand were to switch to hydrogen, then that would require between 100GW and 150GW of gas reforming, in addition to all of the carbon capture and storage that would be needed. On the other hand, the electrolysis method would use 300GW of offshore wind. The CCC regards any combination of those as ‘quite implausible’2.

That is not to say that hydrogen has no future in the UK. In fact, the CCC’s aim is to focus its application where there are no practical alternatives. This would put hydrogen into sectors where its use will make the most impact on current greenhouse gas emissions levels, such as transport, shipping and other industrial sectors.

For building designers and operators, there are other concerns with hydrogen heating systems. The main one is that they are a new technology, not currently used widely anywhere in Europe. This means that system performance and overall impact on energy use in a building is still uncertain. This creates issues for design as well as long-term operation.

And while government is looking at a potential blend of hydrogen with natural gas of around 20%, that is currently an estimate. It is almost impossible at this time to predict what the exact figure might be in the next ten years.

The future of heating is undoubtedly going to be different than it is today. But hydrogen is unlikely to be adopted widely into the UK’s heating system for some years, perhaps even another decade.

At Alpha we think that the UK is at such an early stage of considering hydrogen as an option that investing in a hydrogen-ready boiler now is not necessarily the most effective approach. Timing is everything.

In addition, there are a number of technologies and techniques available now that will work alongside a new, energy-efficient boiler to enhance reductions in carbon emissions. For example, the GasSaver flue-gas heat recovery system that is a compact unit positioned above the boiler.

GasSaver extracts heat from waste gases that are normally expelled into the atmosphere from the boiler flue. This heat is used to preheat mains water before it enters the boiler – which means that around 35% less gas is required.

And of course, any heating and hot water system can benefit from the latest heating controls to ensure the boiler operates at optimum efficiency – and only when required.

Modern gas boiler technology already offers tremendous environmental and performance benefits for commercial and domestic users right now. And in ten years’ time, any buyer will be in a much better position to understand how hydrogen is being applied in the UK. Alpha Heating Innovation is monitoring developments carefully over the coming years, and our aim is to offer a range of heating solutions that provide the best value and performance for customers. We’ll be hydrogen-ready at the right time so that our customers can be too. 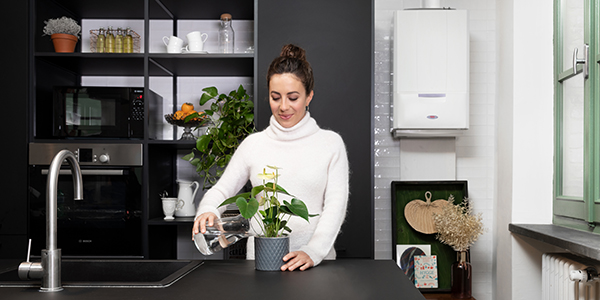 Looking for a new or replacement boiler? Our guide will help you understand the best option for you. 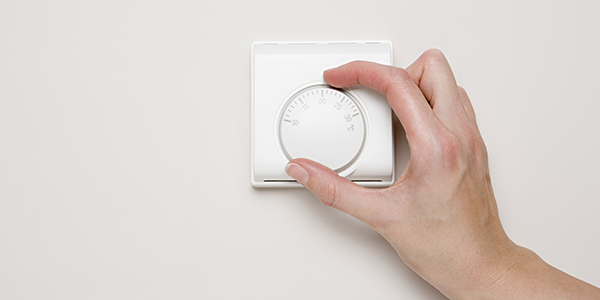 Easy ways to help you avoid wasting energy and save on your heating bills, without sacrificing home comforts.