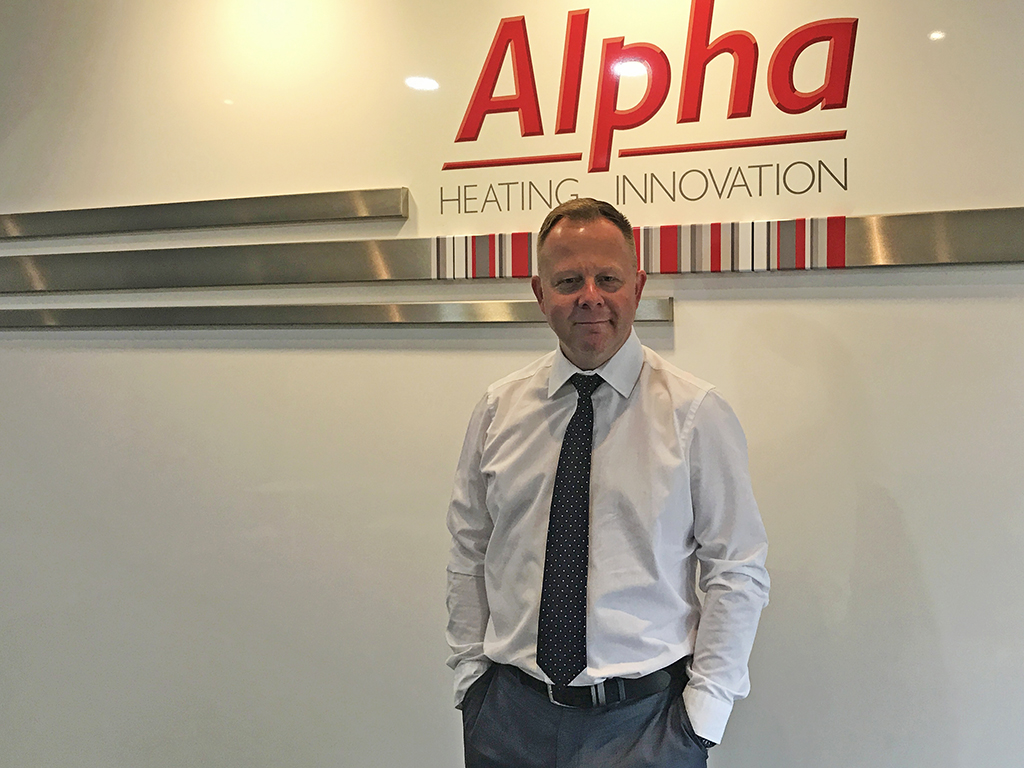 Alpha Heating Innovation has welcomed back Neil Saunders to a new role as Regional Sales Manager for the South. Neil brings with him extensive industry experience including national roles within merchant organisations.

Neil, who started his career with the family heating and plumbing business, first joined Alpha in 1998 as a service engineer before moving into a sales role within the business. After 11 years Neil joined Plumbing Trade Supplies (PTS) as an Area Sales Manager for the South West and later worked as the General Sales Manager for the City Plumbing brand.

“The circumstances at the time meant I needed to move on from Alpha but it was a difficult decision to make – I was very reluctant to leave,” explains Neil. “Since then I have kept an eye out for an opportunity to rejoin the team.”

Neil has now returned to Alpha as Regional Sales Manager for the South and will oversee a team of six Technical Sales Managers. His team will focus on promoting Alpha’s domestic range through both national and independent merchants.

Neil adds: “I have learnt a great deal over the last seven years and gained an in-depth knowledge and appreciation of how merchants operate. This gives me a valuable perspective which I hope to share with my team as we look to build on what has already been achieved”.

“Despite Alpha’s substantial growth, the great culture and family feel has not been lost. Some of the people may have changed but in many ways it is like I never left.”