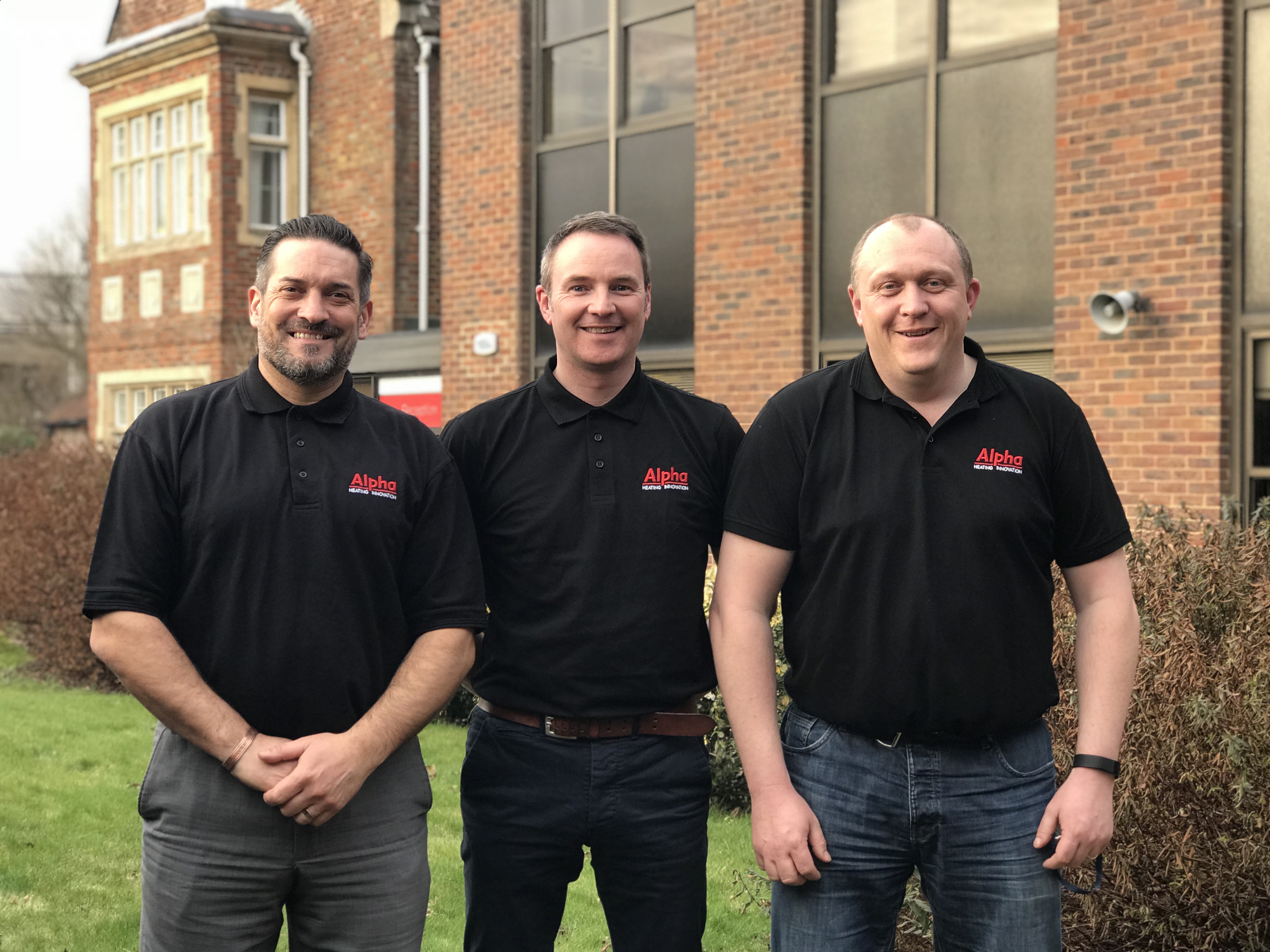 Alpha Heating Innovation has appointed three new Technical Sales Managers to its team. Steve Farrow has been appointed to cover East Anglia, while Dan Morris and Barry Maxted are to cover two areas in the South West.

Joining Alpha following over 20 years experience in the industry, Steve Farrow has worked with both Plumb Center and, most recently, as Business Development Manager for Plumbase. After a career working for plumbers’ merchants, Steve felt it was the right time to move into a manufacturer role and jumped at the chance to join the team at Alpha: “With the customer base I have and having worked in the same region for many years, I feel I can really help to boost Alpha as a brand and give it a strong footing in East Anglia.”

Similarly, Barry Maxted also has over 20 years experience in the plumbing and heating industry, having worked for both merchants and manufacturers. He is joining Alpha from Pegler Yorkshire where he held the role of Area Sales Manager for the last two years. He said of Alpha products: “I like Alpha’s innovative approach and that its products are developed with both the homeowner and the engineer in mind. I am looking forward to promoting the new products we are releasing later in the year.”

Dan Morris is pleased to be returning to boilers, having previously enjoyed six years as London Area Sales Manager for Ideal Boilers, before moving to the South West 18 months ago. He took on a new position within a merchant role for Talon Manufacturing but missed the interaction with installers and customers and so was keen to jump back in. Dan commented: “I was really impressed with the Alpha range and knew they were products I could sell. It has been a challenge but an enjoyable one and I feel like I am really in control of my area and part of a strong team at Alpha.”

As Technical Sales Managers, the new TSMs will be responsible for promoting the Alpha brand to installers as well as providing support and guidance on Alpha products across their designated area.