CHEER ON JACK TO HELP VETERANS WITH DOGS 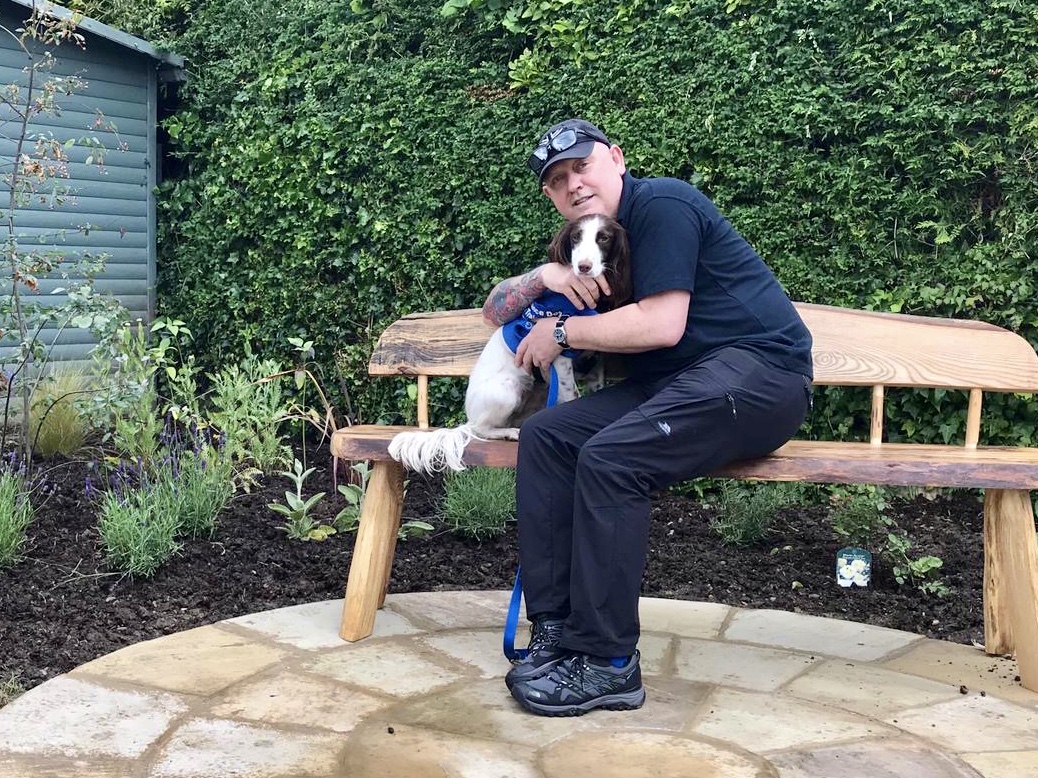 We recently announced our sponsorship of European Tour golfer Jack Senior. To further enhance the partnership, Alpha Heating Innovation has chosen to support the charity Veterans with Dogs by making donations for every birdie and eagle that Jack scores in each tournament that he plays.

Set up in 2012 by ex-Marine Craig MacLellan, Veterans with Dogs is a registered charity founded to train and provide assistance dogs specifically to help mitigate the symptoms of mental health difficulties for veterans and active-duty service members of the UK Armed Forces. Since it was established, Veterans with Dogs has trained numerous assistance dogs and helped aid the recovery of many ex-service men and women.

Veterans with Dogs is a charity close to our hearts, as one of Alpha’s own Field Service Engineers, Paul Doyle is himself a veteran of the British Armed Forces and has an assistance dog of his own, Holly.

To find out more about the charity, we recently spoke to Paul to find out about his personal experience with Veterans with Dogs and how Holly, his three-year-old Springer Spaniel, helps him day to day.

Hi Paul, tell us, how did you come to be involved with Veterans with Dogs?

I served in the military for 24 years and as a result of my experiences I was diagnosed a few years ago with Post Traumatic Stress Disorder (PTSD). I was off work for a while and really quite poorly before beginning treatment. At the start of my treatment I went to Combat Stress, which is based in Leatherhead.

Combat Stress is another great charity dedicated to helping former service men and women deal with mental health difficulties. It was one of the occupational therapists there who mentioned Veterans with Dogs. After I finished my treatment I got in touch with them.

Is that how you came to choose or meet Holly, your assistance dog?

I actually got Holly a couple of weeks before I applied to Veterans with Dogs. I had looked into getting a dog myself and adopted Holly, who was about a year old at the time, from a local farm. I was then able to train her with the help of Veterans with Dogs.

How does Holly help you?

Holly helps me in so many ways. She is trained to remind me every day to take my medication. If I have nightmare she is also trained to recognise that and wake me up from my dream by letting me know she is there. Sometimes I can also zone out if I am having a flash back but Holly will ground me and bring me back to the present. She goes with me every day to work and even stays in hotels with me when I’m on the road. Some of my regular customers know her and ask me to bring her in when I am working on as job as they enjoy seeing her as much as seeing me.

Otherwise, generally I leave her in the van where she has fans to keep her cool and water. Knowing she is there, not too far away, is enough for me to go and do what I have to do on the job and then ground myself again by seeing and receiving comfort from her when I need to.

Can you tell us about your career since leaving the armed forces? How long have you been a Field Services engineer with Alpha?

After leaving the armed forces I started my own plumbing and heating company and I found myself always fitting Alpha boilers. I then got asked by Alpha to be one of its service agents for a few years, covering emergency maintenance on its boilers in my area if an Alpha engineer wasn’t available. It was then that my health took a down turn and I had to slow things down a bit. At the time, Alpha was expanding and I was offered a full-time job. The company had always treated me well - so it was a no brainer.

Do you have an interest in golf? Have you been following Jack with his recent performances?

I do have an interest in golf, I used to play and also attend tournaments to watch but I had to give that up due to the PTSD as the large crowds can be difficult to deal with. I stick to watching it on TV now. I am looking forward to following Jack’s progress though and wish him the best of luck.

How has your life changed since you became involved with Veterans with Dogs?

Holly has completely changed my life. If it wasn’t for Holly and her training I wouldn’t be working now and, it sounds extreme, but I probably wouldn’t be here today. What Veterans with Dogs do is so important. The CEO of the charity, Craig, is a veteran himself so he understands what we are all going through. When Craig first started going to Combat Stress as I did, he wouldn’t go to treatment without his dog so they made an exception for him, which they wouldn’t normally do. It was Craig who opened their eyes to the potential reassurance a dog could provide as he found that when his dog thought that he was okay, it would go to other veterans and reassure them as well. The charity really needs all the funding it can get to help it do what it can for other veterans and the money Alpha and Jack are hoping to raise will help massively.