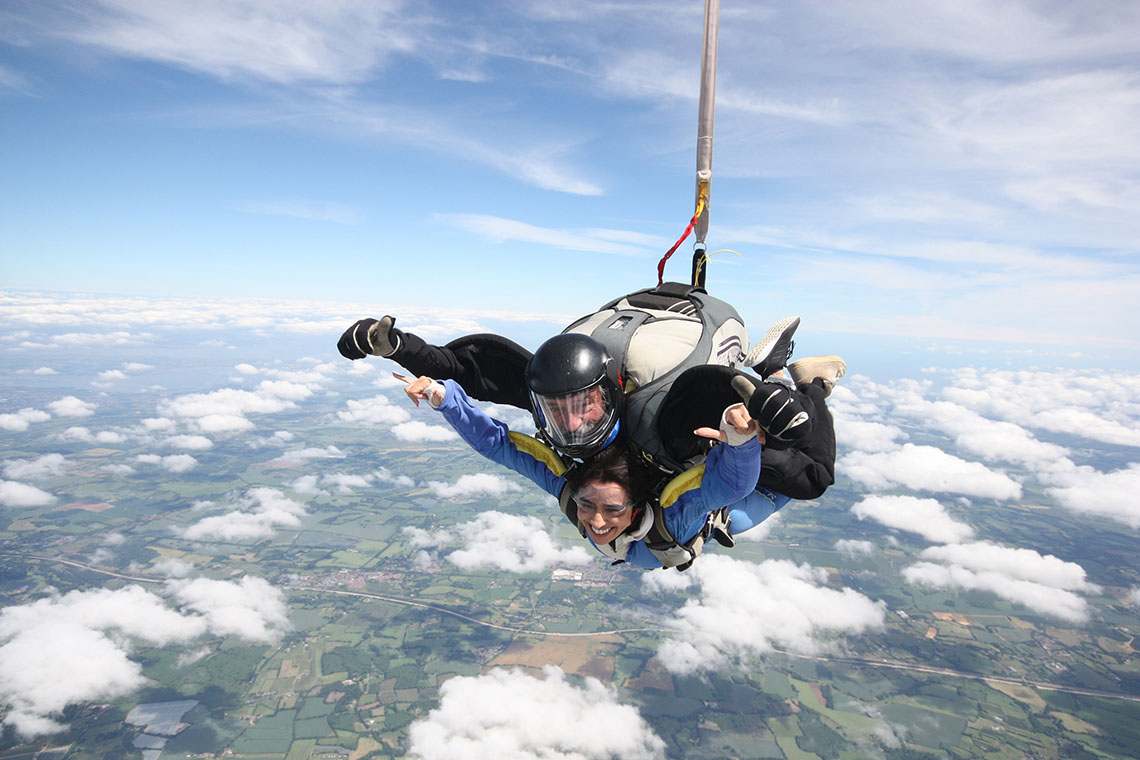 On Wednesday 23rd of June, three members of the Alpha team took on a nerve-wrenching charity skydive in support of Centrepoint, the UK’s leading charity for young people affected by homelessness. The team, also joined by Tom Beeston, Marketing Assistant at HIP magazine, held their nerve, completing the skydive and raising a fantastic £2,165.

The skydive is the latest fundraising activity held in honour of Centrepoint, with Alpha aspiring to raise £10,000 for the organisation over the course of 2021.

“To surpass the £2,000 mark for this event alone is absolutely amazing,” commented Catherine Lawrence, Marketing Manager for Alpha. “It means we have now reached 61% of our overall target, despite a slow start due to ongoing lockdown restrictions. We are now well on track to meet our fundraising miletsone.”

The skydive itself was an exhilarating experience for those who took part, despite an understandably nervous build up, as Kirran Sangha, Sales and Marketing Executive at Alpha explains: “The nerves really kicked in when my legs were over the side of the plane and I knew I was going to jump; but the skydive itself was amazing and I even took control for a bit to do a spin!”

The other participants, Daniel Sturch, James Owen and Tom Beeston, all described a similar experience, with Daniel going so far as to claim it was the best experience of his life.

In addition to raising money for such an important cause, Alpha found the experience a great team bonding exercise: “As well as raising an incredible amount of money for Centrepoint, the skydive was such a positive experience for all involved. As a company it has been wonderful to get behind our colleagues as they take on such a challenge, while also raising well needed funds that will help many vulnerable young people,” commented Catherine Lawrence.

The coronavirus pandemic has placed an increased demand on Centrepoint’s services, which is a key reason behind it being selected as Alpha’s charity of the year. The negative impact of the pandemic on employment has had a devastating effect on the increasing levels of homelessness amongst young people, a reality reflected by the drastic increase in phone calls to the charity’s helpline over the past year.

However, thanks to the funds raised by this skydive, along with other efforts made by Alpha, Centrepoint will be in a stronger position to provide housing, healthcare, education and training to those affected, as well as giving them the support they need to build a positive future for themselves.

Following the success of the skydive, Alpha is also looking to schedule more sponsored events this year, including a hike and a sleepout, assuming government guidelines allow these to take place. Meanwhile, other fundraising efforts continue, including the support of Alpha’s sponsored professional golfer Jack Senior, whose birdies and eagles have raised over £1,800 for the charity already.

If you would like to support Alpha’s fundraising efforts you can donate via the company’s JustGiving page, which can be found here: Alpha fundraising page for Centrepoint