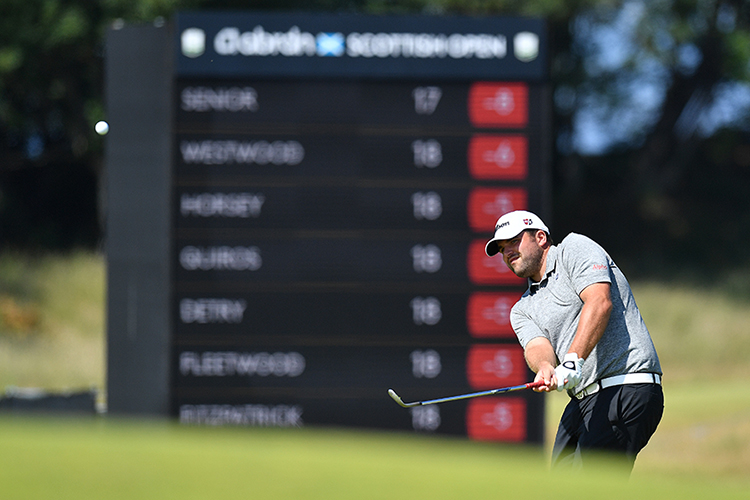 The competition has so far taken Jack around the world with tournaments held in countries from Qatar to Kenya. His success began in April, with his first top-10 finish of the season coming from a tied eighth-place at the Gran Canaria Lopesan Open. Crucially, Jack followed that up with another top-10 at the ABRDN Scottish Open in July to secure his place for this year’s Open Championship at the prestigious Royal St. George’s Golf Club.

At the Open Championship, Jack started with a bogey-free, 3-under opening round to end the day tied for ninth place. He then went on to make the cut for the first time at a major tournament, a testament to the excellent form he has maintained over recent weeks.

Everyone at Alpha has been delighted to see Jack’s strong performances this year as he comfortably remains on course to retain his tour card for next season, achieve his best finish on the European Tour and aims to be in the top 60 which would enable him to take part in the DP World Tour Championship in Dubai this December.

“In a continued tough working environment for everyone, it has been fantastic as a professional golfer to witness fans back through the doors recently. Meeting some Alpha staff and their customers at one or two events has been great fun and I’ve managed to put in some decent rounds. I really want to press on now with my performances – the aim is to win. Receiving messages of support from Alpha whilst out on tour is great and I’m very proud to have contributed in some small part to their chosen charity of Centrepoint. It is a very worthy and important cause.”

As part of Jack’s sponsorship, Alpha has been donating to Centrepoint – our nominated charity for 2021 – for every birdie and eagle that Jack scores on tour. Due to his impressive form so far, we have already donated £2,350 to help Centrepoint continue its vital services for homeless young people throughout the UK.

During a break in the European Tour, we have also secured Jack to attend another Alpha golf day in September where he will be on hand to share some more golfing hints and tips and there will even be the opportunity to play some holes alongside him.