Back to Case Studies

Alpha giveaway in fundraiser for child with meningitis 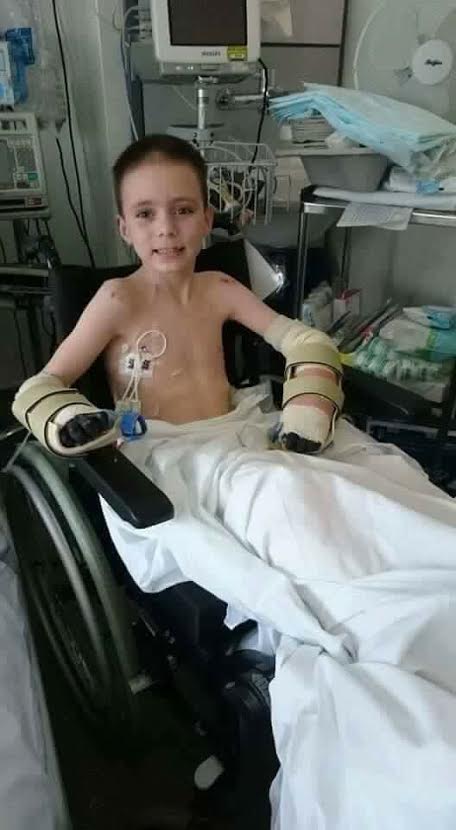 Alpha installer Shaun Wilson of Weston Plumbing Heating Services has fitted the boiler free of charge, in support of Kye.

The InTec2 30CE boiler went up for auction at just one of the charity events helping Kye, with the £800 winning bid going to local landlord Roger Kitching; all of the money raised as a result of the win will go directly to Kye’s charity.  The boiler has since been fitted by Shaun in one of the 50 properties owned by Roger in the Weston Super Mare area.
At just eight years of age, Kye was admitted to hospital on Mother's Day, and has since had one leg amputated just above the knee, and the other leg taken from just below.  Kye also lost his left hand and part of his right hand, including his fingers as a result of this deadly disease.  Kye contracted the disease despite being vaccinated against it, and with the quick thinking of his mother Cheryl and stepdad Luke, Kye is now doing very well.
A JustGiving fundraising page was originally set up especially for Kye within the Darren Wright Foundation, which raised over £3,770, and a new page is now being set up to help Kye.  The auction raised a further £5,780, and other fundraising projects continue to be organised in a bid to reach an amount that will enable Kye to have essential equipment that he will require in the future.  Kye will need additional, extensive medical intervention including skin grafts and prosthetic limbs, of which Kye’s supporters are also aiming to help fund.
Talking of the campaign Shaun Wilson said: “I am just pleased to be able to do something to help Kye and his family during what must be a devastating time for them.  Contributions from companies like Alpha can really make a difference, and it has been great working in partnership with them to generate substantial funds for Kye”.
Simon Foord, Regional Sales Manager from Alpha said, “Donating a boiler is the least we can do for such a worthwhile cause, and the idea of holding an auction to raise money is inspired.  Shaun Wilson has really put himself forward by giving up his time to install the Alpha boiler, among others.  Pulling together at times like this is what it’s all about”.
Address Finder
Choose an address from the list below...
Register Interest
Provide your details below and hit 'Register Interest'.